As one gets older, it’s been proven that your musical tastes mellow. And, with your consumption of music sated over the years, it’s likely any pursuit of new tunes also tails off. Mine certainly has, with the last blues album I actually bought being “Precious Little” by Jeremy Spencer around 2007. Apart from being one of the best blues slide guitarists around, I was attracted to Spencer because I expected something a little different than your standard blues album. After all, he was one of the original guitarists in Peter Green’s Fleetwood Mac between 1967 and 1971, when The Mac were the British blues band.

Of course, I’ve heard Jack White, Gary Clarke Jnr. and all the rest of today’s latest generation of blues musicians and, yes, they are absolutely fantastic and I love listening to them. I just haven’t downloaded any of them because how much electric blues does a bloke need? And there’s always Spotify if you feel like a bit of a blues blast.

albums by a relatively undiscovered blues musician who, I’m beginning to think, is going to

appeal to my blues-attuned ears even more than dear old Jeremy.

He’s a multi-instrumentalist from South East London called Paul Corry and he already has
a musical pedigree many would kill for, playing with such legends as Duane Eddy; blues harmonica star, Johnny Mars; and Martha Reeves of Martha and The Vandellas fame,
just to name a few. Grammy-winning twangy guitar wizard, Duane Eddy, even endorses Corry’s latest album, Truth Serum, saying:
“Truth Serum” is a great new blues album well worth your time and money. Paul Corry is a wonderful blues guitar player and has a soulful voice that will definitely move you. He mixes up his own style of blues that would make those swampy delta bluesmen sit
up and take notice. I love this album.”
Duane Eddy.
If that doesn’t impress you, I don’t know what will.
And the guitar isn’t even Paul Corry’s first instrument, even if he plays
electric blues upon it exquisitely.
Paul Corry’s primary instrument is the saxophone and he’s talented enough to be a regular in the touring horn section of Grammy-winning band, Jamiroquai, they of 40 million album sales.
Paul Corry is also part of Roy Wood’s regular line-up. That’s the Roy Wood who co-founded such great British bands as The Move, ELO and Wizzard.
The last time I saw Roy Wood, to digress, was at an urinal after a Move gig at Bristol University in the late 1960s. The Move’s unique selling point at the time was destroying live television sets on stage. I can’t remember if they smashed electric guitars into the screens or used long-handled axes; but it was all pretty innovative and even trumped The Who’s stage act. I think The Move wore all-white that day, with their boots covered in what we used to call whitening. This was a creamy substance deposited on white cricket boots, to keep them white, or put on plimsolls, as we used to call those British canvas sand-shoes developed in the 1830s.

Apparently, plimsolls acquired their name because if water went above the
“Plimsoll” line of the rubber sole, your feet got wet.

As yours truly and three members of the Move lined up, splashing the boots, literally, the residual spray ricocheted back from the urinal splattering each carefully-whitened Move boot, the pock-marking of urine totally ruining the effect.
But enough of all this piss-talking and back to the talented Paul Corry, who plays most of the instruments on his two albums, released under the Bluesfreak moniker. These include guitars, cello, EWI (electronic wind instrument), keyboards, tenor and baritone saxophones and flute. 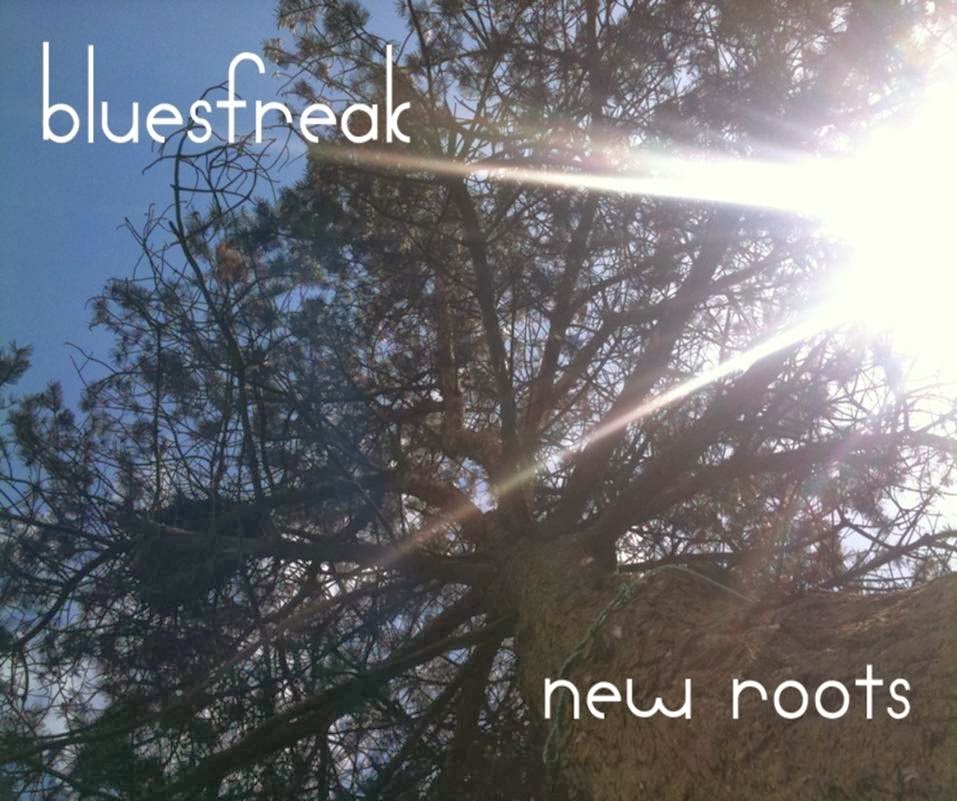 On his 2011 album, “New Roots”, which he describes as sparse blues with a touch of hip hop, Paul Corry is joined by Roy Wood, who produces a track on the album and provides superb Roy Wood-style backing vocals, cello, drums and string arrangement. The track in question is Bob Dylan’s “Don’t Think Twice”. Personally, I think the result is record good enough to grace any singles chart, but when has quality had anything to do with such matter

The other 15 songs on “New Roots” were written by Corry, who has an achingly appealing voice with a phrasing style that reminds me of the Arctic Monkey’s Alex Turner. Maybe that’s because they’re both English and that’s the latest English singing mode. But where Turner sings with a Sheffield accent with often thunderous backing, Corry’s sound is consciously south London. It’s also backed with the most tasteful mixture of electric blues guitar, beautiful melodies and catchy hooks most blues aficionados would want to hear. The lyric content, too, is English. “There are no Cadillacs mentioned and no fake American accent. This is how I hear things. I’m from London,” he says. Roy Wood explains Paul Corry’s philosophy on the sleeve of “New Roots”:
“Music exists to be modernised. It has happened with both jazz and classical music. Now could be the time to drag blues out from its old touring flight-case and put some new zip into it. The new tracks that Paul played to me are at times verging on ‘hip hop’ while still retaining that core history of the blues. Paul recorded a couple of (blues) songs which I produced for him. Although these would be recognised as ‘standards’ we managed to keep the production as far away fromthe blues as possible. And it works. Listen to ‘New Roots’. I think you’ll like it.”
Roy Wood, December, 2011.

Paul Corry’s second Bluesfreak album “Truth Serum” opens with “Entry Refused”, a radio-style skit with sound effects highlighting the fact that he feels that he has somehow offended the British blues establishment by refusing to sing in an American accent and diverting away from pure blues. While I understand his frustration with such blues

purists, especially the BBC, I personally wouldn’t draw attention to this. His music more than speaks for itself; but you can tell such lack of interest from the purists (who should know better) certainly rankles.
“That’s why I did the skit about the ‘British Blues Members Club’ as it reminds me of one of those impenetrable gentlemen’s clubs in London. I have played at a few, so that’s where I got my inspiration,” Paul Corry says. “Obviously, I have offended many of the mainstream blues police with it (his music), but I don’t really care. I have an EP on iTunes of solo guitar and voice only doing Robert Johnson and Johnny Shines tunes, so any accusations of being a non-traditionalist are baseless. I feel this music (blues) has to develop in any way it can, (like) it always developed and it shouldn’t stop with Stevie Ray Vaughan.”
To me, Corry’s embellishment of blues is what gives his music its beauty and originality and why it stands out from most of the other blues around today.

Such inverted snobbery about the blues in Britain must seem laughable to Americans. If I were Paul Corry, I would take solace in the fact that any artist worth his salt, who deviates from his chosen genre, a genre attracting purists, is going to take flack. Louis Armstrong went for years virtually ostracised by some in the jazz world because he took a populist approach to his music, merging jazz with pop.

Acoustic folk fans were up in arms when Bob Dylan went electric. Eric
Clapton, too, was disowned by sections of the blues fraternity after turning to country and commercialism.
I once bought a massively thick Who’s Who of the Blues
and there was no mention at all of Clapton, although plenty of entrants for
lesser bluesmen. Who in their right mind can truly believe Eric Clapton doesn’t
warrant recognition for his blues playing?

Somehow, Jimi Hendrix and Prince escaped criticism from Britain’s blues purists, although both mixed guitar playing verging on genius with chart success. I also remember Hendrix saying that one of his most famous riffs was taken from a Turtles’ pop song. And how would the purists rate Albert King’s recording of the 1934 pop classic, “The Very Thought of You”?
With the right breaks, one day I hope we see a Paul Corry’s song up there, a song that draws heavily on his blues influences. Apart from 12-bar rock & roll, remember, blues-oriented tracks rarely make the top ten – if such a beast still exists. Corry’s songs are certainly the right length.
“I’m more interested in the song than the solo, therefore there are, deliberately, no extended guitar solos on any of them. We can all shred if we want to (speak for yourself, Paul) but I’m finding the current approach to blues songwriting – huge guitar intro, two choruses of vocals, huge solo, vocal, huge guitar outro – a little tiresome. It seems the song has become an excuse for the solo. Not in my work. I’m also bored to death of listening to songs six or seven minutes long, so mine are generally three and a half minutes long, deliberately so.”

With Roy Wood in his camp, there’s no telling how far Paul Corry can go. The legendary Wood again

lends his trademark backing vocals, cello and drums to a
track on Paul’s 2013 album, the Duane Eddy-endorsed “Truth Serum”. The track in
question is Robert Johnson’s Come On In My
Kitchen, complete with Wood’s Queen-style (or should that be ELO-style)
harmonies. Most of the tracks on “Truth Serum” though were written by
Corry who described the album as offering more production and going deeper into
his influences

Earlier on, I called Paul Corry a relatively undiscovered blues musician but, in retrospect, he’s only undiscovered by the public in general. Duane Eddy, Roy Wood, Martha Reeves and a whole lot of other music legends know who he is and appreciate his playing. I hope you’ll join them and sample Paul Corry’s work on the two links below.

www.bluesfreak.co.uk
Oh, I almost forgot. Yes, I did download his albums and will take great pleasure in listening to them. 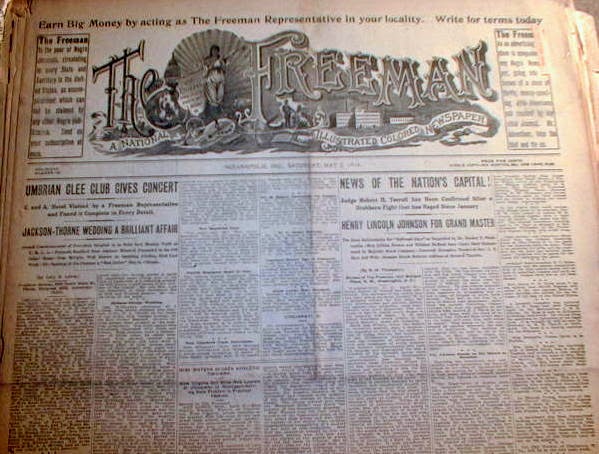 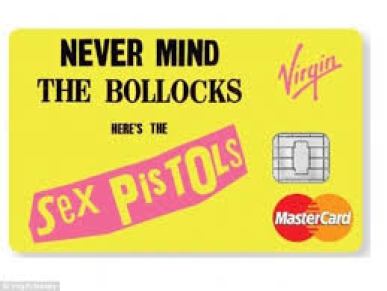 Updated 28 May 2016 On the very day I heard about Van Morrison being knighted in 2015’s Queen’s Birthday Honours, I read an interesting piece in the London Times about a Sex Pistols credit card being issued by Virgin Money. “Put a bit of rebellion in your wallet”, went the merchandising. If you remember, it was Virgin founder… 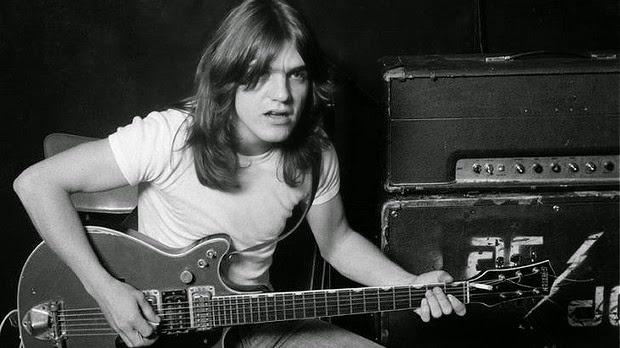 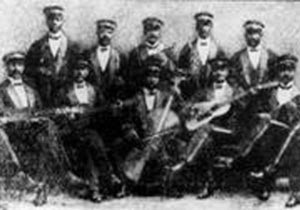