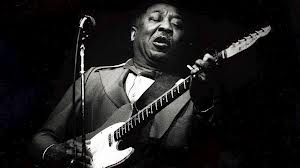 
BLUESMUSE35. Just like rock & roll, hoochie coochie was old-time African-American slang for
sex. To most blues aficionados, the term is synonymous today with the blues great Muddy Waters, and his 1954 recording of the iconic Willie Dixon song, Hoochie Coochie Man.

Since this was a time before most whites were into blues, Hoochie Coochie Man was targeted purely at black audiences and is assumed, probably correctly, to be a tongue-in-cheek reference to a ladies’ man.

The term itself goes back to the pre-blues days of the early Ethiopian delineators. These mainly white entertainers of the 1820s and 1830s pre-dated the age of the now despised minstrelsy troupes by a generation. The genre was started by a visiting English comedian, Charles Matthews, in 1822 (see 28 June post in my archives) and imitated by hundreds of working class Americans of all colours who blacked-up their faces and performed songs and dances in the fashion of those heard on America’s southern slave plantations. Two of the most famous (or infamous) of these songs were Jim Crow and Zip Coon, caricatures at both ends of the African-American spectrum. Jim was dressed in rags, a slave and a cripple. Zip Coon was Jim Crow’s complete opposite, an ostentatious urban dandy in ruff, waistcoat and top hat who believed, mistakenly (so far as the audience was concerned), that he was
a fashionable city slicker.
While Zip put on airs and graces and imitated affluent white toffs with his cane, fob watch and pince-nez, the ragged Jim Crow knew his place at the bottom of the heap. While Jim Crow was a poor southern slave, happy with his lot, Zip Coon was a free northern black with money from unknown sources (nudge, nudge; wink, wink) to spare; and buckets of attitude.
You can take these characters at face value, or take the view of some academics who maintain pro-slavery undercurrents were at work. Were Jim Crow and Zip Coon simply coincidental comic caricatures designed purely to entertain the working man? Or were they subtly-contrived propaganda tools working against the abolition of slavery, campaigns for which were already gathering momentum in the northern states? The underlying political analogy, the academics say, can be interpreted thus: the uppity Zip Coon mocks the attempts of free-born black men in the north to assimilate into white society; while the submissive Jim Crow seems almost grateful to live contentedly as a slave on a romanticised southern plantation. In other words, the songs were designed to preserve
slavery’s status quo.
The white entertainer and anti-establishment newspaper publisher/editor, George Washington Dixon, made Zip Coon popular and claimed to have written the song. But so, too, did two other white blackface delineators: Bob Farrell and George Nicholls, both of Purdy Brown’s Theatre and Circus. Farrell actually used Zip Coon as a stage name while Nicholls was advertised as singing Zip Coon in 1833, a good year before Dixon’s first use of the character. All three claimants, incidentally, had also been blackface circus clowns before upgrading to the main solo act of Ethiopian delineator.
All of this is a long-winded (but if we don’t go into the social and political context of the song, we may lay ourselves open to accusations of endorsing it) way of saying that the term hoochie coochie was used in the song Zip Coon as far back as 1833.
Over 120 years before Willie Dixon put Hoochie Coochie Man down on paper, Dixon, Farrell or Nicholls had included it in this verse of what was advertised in the 1830s as ‘A favourite comic song’ .
Did you ever go fishin’ on a warm
summer day
When all the fish were swimmin’ in de bay
With their hands in their pockets and their pockets in their pants
Did you ever see a fishie do the Hootchy-Kootchy dance?
Chorus etc.”
You’ll note the term is spelt Hootchie Kootchie and predates the widely-held assumption that the hoochie coochie, as an erotic dance, was introduced to the USA at America’s Philadelphia Centennial Fair in 1876.

Before the dance became universally known as a belly dance, it was called the hoochie coochie, or shimmy and shake.

Zip Coon is sometimes described as the world’s first syncopated pop song. While many claim
authorship of the lyrics, the tune is an old violin melody called, ‘Natchez Under The Hill’, named after the Mississippi’s wildest river port. Killings, knife fights and drunkenness were routine there until the 1820s. With the original melody believed to have come from Scotland, the tune is also the basis for another classic American popular song, ‘Turkey in the Straw’.
Pictured left: the hoochie coochie
dancer Little Egypt or Ashea Wabe, born Catherine Devine in Montreal, in 1871.
In 1896, her scandalous dancing in New York made all the front pages when a party she was dancing at was raided by the vice squad. Little Egypt was found dead in her New York apartment in 1908, aged 36. The cause was given as gas asphyxiation. She left an estate of $200,000.
To read more about the subjects above, why not buy How Blues Evolved Volume One, a snip on the links below.
How Blues Evolved in the UK is on the following link:
http://www.amazon.co.uk/s/ref=nb_sb_noss?url=search-alias%3Ddigital- text&field-keywords=how+blues+evolved+volume+one

Both Ebooks have been combined and added to, to create the illustrated 390-page print book, America’s Gift: the untold story of how blues evolved. It’s on the link below. 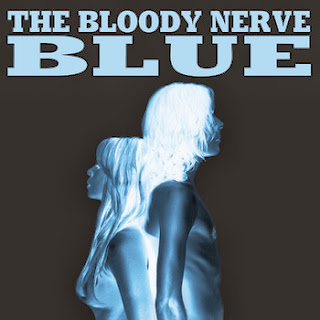 Hot on the heels of their debut EP, ‘Red’, Nashville’s hottest rock vocal duo, with a little help from their talented friends*, have released their follow-up three-tracker, ‘Blue’, which I’ve been invited to review. Due to my geographical circumstance during the cold UK winter, I can only to listen to music on my laptop, so… 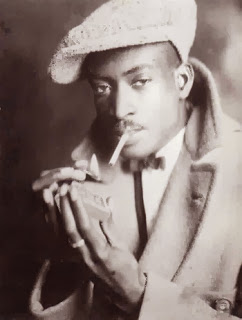 BLUESMUSE39. It’s hard to believe that America’s Father of Black Gospel Music, Thomas A. Dorsey, was once a piano player in a raunchy blues outfit;  but, then, isn’t that the unpredictability of pursuing a career in music? Not to be confused with the white World War Two band leader, Tommy Dorsey, Thomas A. Dorsey was… 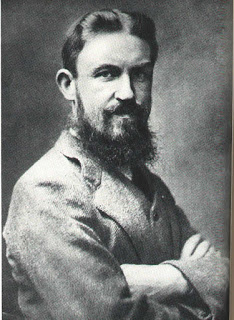