I’ve just been listening to the American stand-up comedian and podcast sensation, Marc Maron, interviewing Iggy Pop (see link lower on the page). What an interesting encounter this was, probably the most lucid and relaxed I’ve heard Iggy yet. Much of the credit must go to Maron’s depth of knowledge regarding his subject matter. He seemed to know almost as much about Iggy’s life as Iggy does. And since Marc Maron is now approaching 620 podcast interviews, he obviously knows an inordinate amount about each of over 600 celebrities and VIPs interviewed in his unpretentious home studio.

And if, like me, you’ve watched the entertaining TV sitcom spin-off of Maron’s podcasting adventure, you’ll know this studio is in a humble garage attached to his regular two-bedroom house in an unassuming Los Angeles suburb, and that his car is a run-of-the-mill Toyota, the lack of sartorial style of which Maron’s often ribbed about. You’ll also know Maron’s WTF (What the Fuck) podcast is one of the biggest audio series on the internet. What you might not know is WTF gets an average of 7.5 million downloads a month and its usual live audience is around 800, 000 listeners. WTF’s competition would be lucky to get audiences one tenth of that and a 100th of Marc Maron’s celebrity guest list.
Guests include President Barack Obama who Maron had on his podcast earlier this year, Robin Williams who hinted about his depression, my old favourites Cheech & Chong, not to mention his heroes Mick Jagger and Keith Richards (who actually did a phone-in rather than turn up at his home). Indeed, Keith Richards, is due for another round of talks, this time in Maron’s garage, in about a week. Then Maron makes his way to Australia, such is his demand. Only last week, he was performing to two sold out nights on the South Bank of the Thames in London, where his presence made a splash in Britain’s biggest selling quality newspaper, the Daily Telegraph.
Let me quote the Telegraph’s Pete Naughton: “Earlier this year, WTF made headline news when President Obama appeared on the show and publicly said the N-word for the first time in his presidency.

“I asked Maron how he prepared for the Obama interview, which ranksas the most bizarre of his career: snipers posted on his neighbours’ roofs, a tunnel erected on his driveway, swarms of Secret Service personnel and LA cops in his house.

“ ‘I read his first book, Dreams From My Father,’ he replies, ‘which was before he had presidential aspirations. I think it really captured his struggle was race and identity in his own family, and I used that as my only resource in preparing because I thought that guy’s still in there somewhere, and I’d like to talk to him.’
“There are few better illustrations of Maron’s peculiar brilliance. Lined up to interview the most powerful man in the free world, he pointedly eschewed mugging up on the obvious political topics, and instead though in terms of personality and inner struggles. For Maron, this kind of emotional honesty – rather than agenda-driven professional talk – has always been the raison d’être.

“And he explained, it’s been a source of personal redemption. ‘Without wanting to sound cheesy, I’ve evolved as a person throughout the course of the podcast … The most intimate conversations I have in my life, and the most candid I am, emotionally and psychologically, really happen there.’ ”

It took me a long time to get onto Maron’s WTF podcasts simply because of the amount of time needed to listen to them. The Iggy Pop interview, for example, on YouTube, ran for over 1 hour 27 minutes. (Might be shorter on the ‘official’ itunes site.) Take a listen below if you have the time, but start about 17 minutes in to avoid the ads, etc.
Talking about ads, Maron said that podcasting has changed his life. “Having the freedom to do and say what I want on the show, even down to the ads that I want, is key.”

How the Marc Maron story started

It really was a case of life can only get better.  Marc Maron, a veteran of 40 Conan O’Brian appearances, was as down as you can get, after going through a painful divorce and getting fired from his radio job. To keep sane, Maron and his producer crept into their old studio at night to make unscripted podcasts, finally moving their operation into Maron’s LA garage. He explained to the Telegraph why he thinks his interviewees seem to forget they’re on air and open up their personal lives to his audience.

“My guests enter my world, my house … and it’s cluttered with stuff. And usually the mics become innocuous. They don’t realise they’re on the mic any more … But I still freak out before every interview.”

At the South Bank, Marc Maron delivered classic neurotic stand up, talking about coping with anger and doing a perfect Mick Jagger impression when explaining the pain of seeing your heroes age. He left the stage after 90 minutes, mainly perched on a stool, to thunderous applause. Next stop Keith Richards. Be sure to tune in. 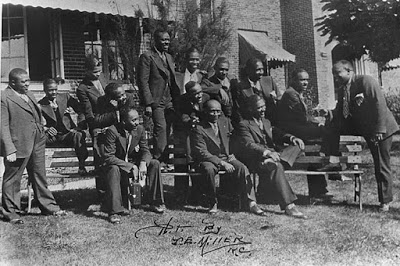 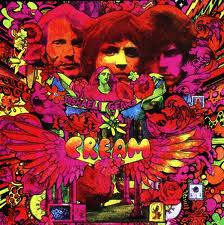