It’s indisputable, I’d guess, that most top lead guitarists are people who are good with their hands, whose fingers exude dexterity. They excel at fixing and making things, DIY, working with wood, constructing models, tinkering with car engines, that sort of thing.

That was never me. As a kid in the 1950s, when model airplanes and airfix-kit ships were all the rage, I rarely got past gluing the two plastic aircraft fuselage halves together. The same went for half hulls of ships. Putting together all the rest of the model was too fiddly for me.

In rugby and American Football they call a skilful pair of hands ‘soft hands’. I had ‘hard hands’ which, although I was usually the fastest player on the field, I was put in the forwards, as loosehead prop (and still managed to score 23 tries in one season).

No wonder I had trouble mastering the guitar. I first tried in my teens, in the late 60s, but not only did I lack the motor skills to play the notes correctly, I never practiced and, worst of all, I was left-handed. This meant chord shapes, string sequences and so on had to be transposed by hand. I was more interested in going to pubs, discotheques or dances where people like the Kinks, Peter Green’s Fleetwood Mac or John Lee Hooker played live. I’d rather watch the blues than learn how to play the blues.

This was long before the American disco craze hit Britain. In our discotheques you could legally drink at 18 – illegally, as young as 14 or 15 – and dance to everything from the Small Faces to the Big Bopper.

On the walls, psychedelic liquid-light shows saw beams of light projected through a mix of oil and water on glass surfaces, projecting the result to the beat of the music around the walls and on the dancers.

These dances and discos always ended with soulful ballads, which often meant pre-disco Bee Gees, with mournful songs like ‘Massachusetts’ or ‘Saved by the Bell’ with not a lead guitar in sight. Such ballads saw guys swoop on the girl of their choice, hopefully for a bit of kissing and hip-grinding slow waltzing. With any luck, you’d get to take her home.

So, while Clapton, Page, Townsend and the like sat in their bedrooms practicing blues scales, the rest of us were out listening to 60s blues-rock and danceable pop.

Realising I’d never be as good a guitarist as I wanted to be, I gave up trying to play and took to writing about rock music in the local paper and managing a band who could really play electric blues. The band were West Bank Avenue and a highlight was opening for Black Sabbath in the days when Ossie Osbourne was a fresh-faced, blond-haired, fast-talking front-man and Sabbath were still playing straight blues, like nearly every other band in England in those days.

Because of my music columns, I was asked by ex-Beatles publicist, Tony Barrow, to move to London and work for him in rock PR, with guitar-driven bands like Deep Purple, Uriah Heep and the master songwriter himself, Paul McCartney, who then had Wings, with the highly-regarded Henry McCullough on lead.

This continued at CBS in London, where the guitarists I came across there include talents like Carlos Santana; Chicago’s Terry Kath; Blood Sweat and Tears’ Steve Katz; Garry Moore who was then with Ireland’s Skid Row; the Stooges’ Ron Asheton; John McLaughlin and Taj Mahal, who were on the CBS/Columbia label as solo acts; Blue Oyster Cult’s Don Roeser; REO Speedwagon’s Gary Richrath and so on. How do you compete with that? You don’t, do you?

It wasn’t until I was about 40 that I picked up the guitar again and started writing songs; but rarely blues. I could play the blues, a 12-bar chord progression standardised between 1914 and 1920 by the great W. C. Handy, but I had neither the voice or guitar technique to create blues songs of a standard I felt justified the genre. A million black blues players had done it better and more authentically than I, and a million white blues players, too.

No, I’d just write songs that came to me, sing them in my own restricted voice, accompanied by my own rough playing. After all, didn’t Irving Berlin plunk out his brilliant songs with two fingers on the piano and, then, only in the key of F#. That’s not a hashtag, by the way. As musicians will tell you, that’s the symbol for F sharp.

“A simple melody will always linger,” Berlin wrote in one lyric, “I mean the kind you pick out with one finger.”

Irving Berlin couldn’t even play chords, so they say, but he could hear them in his head and get his musical arrangers to do the rest. Irving’s singing voice, too, apparently wasn’t up to much. His friend, Kitty Carlisle, once said he had a voice “so thin, only a dog could hear it”.

So, taking a leaf out of Irving Berlin’s book, I paid a musician far more competent than me to record my songs. This was in the days of tape cassettes, in 1994. So, I sent my cassettes to a few publishers and after a few rejections, put them in a drawer and forgot about them. The rejection letters said my songs showed promise. This was encouraging as I’d known of better songwriters than I who had been fed the same line when their songs were knocked back.

Which brings us to recent times, the digital age and computer programmes like iMovies. This lets you record straight to your computer without all the palaver of complicated recording equipment, which I’m sure I could never learn to use since I’m not just inadequate with my hands, I’m impoverished on the technical side, too.

An added bonus with iMovies (some might say drawback in my case) is you get video as well as audio. So, when I started making videos on blues history to promote my book, I thought I might try recording a new song I’d just written. Here it is, complete with cheesy visuals, slapped on quickly to get it done. To my surprise, people have even ‘liked’ it.

Then I re-jigged and recorded a song written at least 20-years-ago. At the time, the original was on a tape cassette tucked away in a drawer somewhere, unheard for many years. So, I put my much rougher new version of ‘I Don’t See Your Face Anymore’ up on YouTube and waited for the flack to hit the fan. Instead it even got a couple of ‘likes’.

Then I re-wrote another song, this one written about ten years ago (my wife still much prefers the original, which is about me walking the streets, instead of a hooker) and put ‘When The Moon Moves From The Sky’ up on YouTube. Again, the visuals are pretty obvious but needs must. Again a ‘like’ or two. Here it is below.

Emboldened, I thought I’d re-record the only blues song I’ve ever written, ‘Flames of Fire’, which I think demonstrates my limitations, regarding singing and playing the blues. While this was going on, I got myself into gear and finally had my old (but unheard) songs (the ones recorded by a musician far better than I) digitised, so I could, at least, hear them again. To demonstrate how much better my songs sound when I’m not singing them, I’ve put the original demo on the back of my new version, both of which are below.

I hope you found the time to listen to these four demos, if only to demonstrate you don’t have to be any good at singing or playing an instrument to be able to write songs. Tellingly, no publisher has contacted me requesting to use one, but you’ve got to be in it to win it, haven’t you?

Even more tellingly, of my four songs on YouTube, the only song to get no ‘likes’ is my one and only blues song. Now what’s that telling me? Leave the blues to the experts, that’s what. 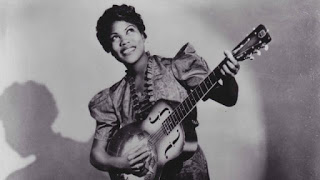 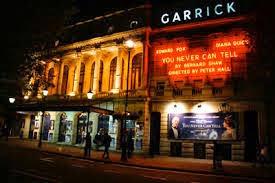 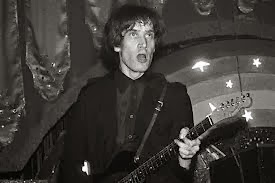 Dr. Feelgood’s Wilco Johnson in his prime In Britain, the rock & roll guitarist Wilco Johnson is a national treasure. For years he laboured with his magnificent band, the sadly now-defunct Dr. Feelgood, barely noticed by the general populace, but extremely highly-rated by those in the know. Only in recent years has Wilco Johnson risen… 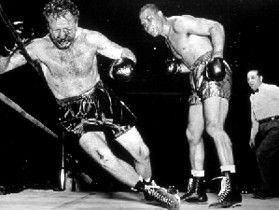 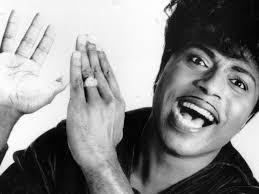